The marine turtles visit the Canary Islands on their migration from the US coasts to Africa. Although they visit these islands all year, the peak is in the summer.

There are still a couple of events on earth that are for free: rain, wind, sunrise, sunset... and shooting stars! In the second half of the year they are prominent and Fuerteventura allows you to take maximum advantage of it, as you can easily find a dark place.

When you relax on the beach and get a sand grain blown into your eyes and are trying to get it out, do you realise that you have a geological “antiquity” on your finger? Most probably not…

Most of the sand is generated by physical and chemical erosion of rock that is of magmatic or metamorphic origin (granite) from where tiny crystals are being separated. Gravity, wind and water will transport, mix and break these crystals and their edges are being rounded during their journey. The longer the way the more they get rounded. Research has proven that it can take thousands of miles (!) to round an average sized sand grain.

The Origin of Oceans.

For us, oceans are perpetual and have existed for ever, but this is an illusion. At the very beginning of our planet Earth, our globe contained a lesser amount of mass. Dust and debris from the surrounding space in the form of millions of meteorites were attracted thanks to the gravity of the growing Earth and resulted in sufficient gravity to hold the original atmosphere of Hydrogen and Helium against the forces of the solar wind. Both chemical elements are abundant in space and were captured through the Earth’s gravity.

Fuerteventura, with an area of 1.658 square kilometres, and a part of its off shore waters, have been declared in May 2009 by the UNESCO as a Biosphere Reserve. There are about 550 in the entire world, divided over 107 countries. Fuerteventura is one of the largest Biosphere Reserve in Spain and the one with the most extended marine area. This reserve represents one of the world's major geo-paleontological observatories and is home to an outstanding diversity of ecosystems and a wide variety of marine species.

The world of Plankton on Fuerteventura.

lankton is the floating world of the oceans. And so are the creatures in this world as they do not have the possibility to swim against the tidal forces or the currents and thus are being drifted. Nobody knows where the journey will bring them. And size doesn’t matter. A human in the sea has also to be regarded as „plankton“, as he wouldn’t be able to swim against the prevailing currents. So, welcome to the world of plankton! 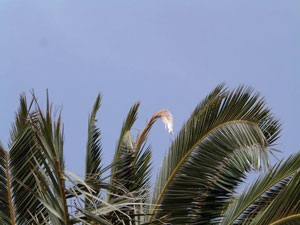 Diocalandra frumenti is a small caterpillar (about 5 mm) that was discovered for the first time in the Canaries in 1998. It then proliferated to Fuerteventura, Lanzarote and more recently in Tenerife. This caterpillar is a serious threat to some palm trees. In order to avoid its proliferation the la Consejería de Agricultura, Ganadería, Pesca y Alimentación has published an Order on 29/10/2007 which includes rules to control its development.

For sure, it will never snow in Fuerteventura - certainly not when our climate is said to be heating up – but that doesn’t mean we should be ignorant about what snow really is. Oh, you think it’s just frozen water, but hey there is more to it…

The story starts with a cloud that contains tiny little droplets of water. When the temperature in the cloud drops below zero, those little droplets start to freeze and form crystals. 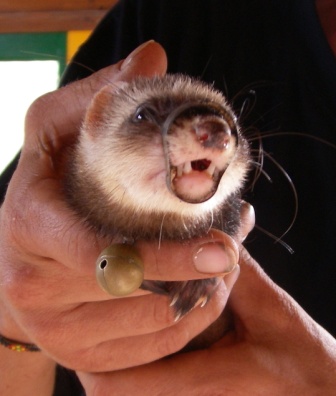 Long before the cat made its entry as a domestic animal the ferret was a popular member of the family, even in the time of the Egyptians. It kept the house clear from mice, rats, snakes, frogs and other small predators. Why the cat took its place and the ferret was used to hunt is still unknown. The albino form with its white to off-white fur and red eyes is the original form.

The Canarian Sea Lavender on the island of Lobos

There are about 350 different species and sub-species of the Sea Lavender, defined by botanists and one only can be found here on the island of Lobos, more specific in a small lagoon. The “Oval leaf Sea Lavender” is only 12 cm high and has scoop-like leaves with tiny lilac-coloured flowers. The plant lives in mangroves with seawater-moist sandy soil.

This fascinating creature with enigmatic dark eyes and curved wings flies around all the time and even sleeps in the air. From all birds on earth the Swift is the one that is most perfectly adapted to airspace .For a bird of this size its longevity is amazing: the oldest known has just come of age – 21 years.

I took several attempts to find out how long the typical Canarian dog race Podenco Canario has been living on the island, but unfortunately I didn’t get a lot smarter.

The International Dog Federation (FCI) describes its origin as Ancient Egyptian. Most probably the Phoenicians, Greeks, Cartago’s and the Egyptians had brought them to the Canaries. The race would be about 7000 years old. As the rabbits (their prey) have been imported about only 500 years ago, after the Spanish Conquest, what was the purpose of bringing them here before?

Who really is interested in butterflies will certainly have noticed them on the island as they are abundant here at this time of the year. The official name is “Danaus Plexippus”.Their original habitat was South-America, but they spread out all over the world, most probably through merchant ships. The remarkable coloured wings with black stripes and borders, dotted with white points reflect, on a couple of inches wingspan, an astonishing work of art. The body also has the same pattern: black with white spots.