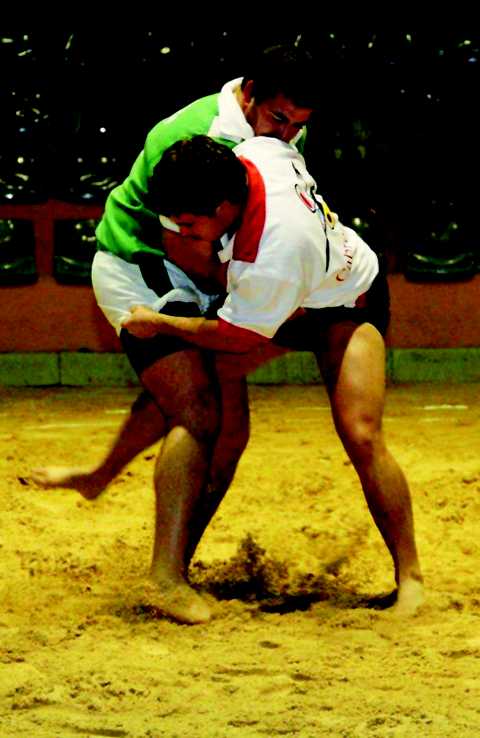 Lucha Canaria is a special type of wrestling that has been on the islands since ancient times. It is a heritage from the Guanches, the original inhabitants of the Canaries. The first written reference to the sport was made in the 1400's in a chronicle that treated the visit of conquered Guanches to the King Juan II of Castilla in mainland Spain.

The objective is to force your opponent to touch the floor with any body part, with the exception of the feet. Immediately after the fight the winner holds the loser's hand to pull him up and the loser raises the winner's hand to admit his defeat. Competitions are being held in stadiums, called "terreros" and frequently broadcasted. The fights also are a welcome intermezzo during fiestas and celebrations, underlining its popularity. Fixed rules only were established in the 1940's followed by the creation of the Federation de la Lucha Canaria throughout the Hispanic world. Now the Lucha Canaria enjoys international recognition and both sexes are represented, although in different categories.