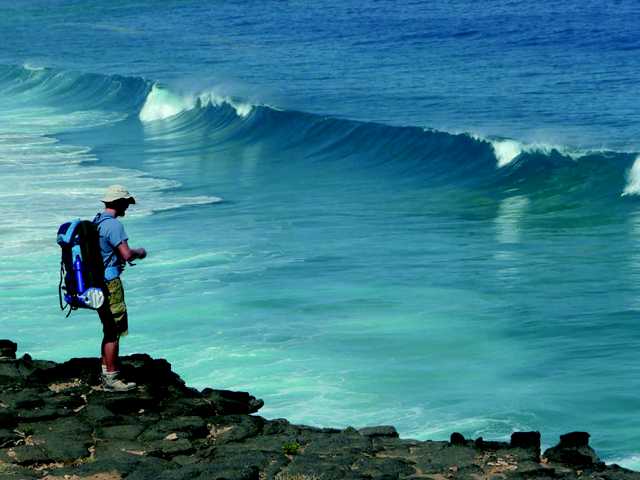 The main complaint about Fuerteventura, expressed by tourists at the front desk of the hotel is: " When will the wind finally lay down?" or "Does it always blow that much here?" Many groan about the wind, not knowing that it would be unbearably hot here in the summer without those tradewinds.

Already in the ancient Greek times they called these islands "the fortunate islands, gently stroked by the eternal wind" or "those Elysic climes", and also Beethoven's "Elysium" comes from the "Alisios", the tradewinds. 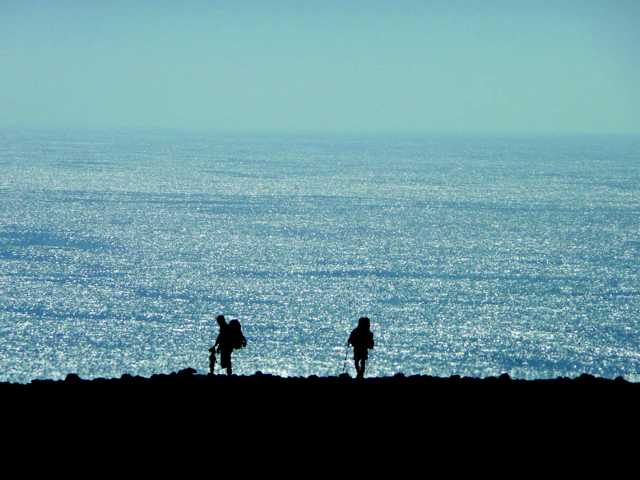 Those winds provide sufficient cooling to avoid the terrible heat like on the mainland or in the Sahara, and thus allow walking on Fuerteventura during summer.

But instead of crawling up a windy crater, one can stroll along the coast line. Fuerteventura has about 322 km of shore and especially the West side is very suitable for walking. Endless spaces, restored walking tracks and remote trails beyond civilisation are awaiting the curious wanderer. And there is much to be discovered: secluded coves, lonely beaches, surprising rock formations, and always the Atlantic Ocean, in all its colours! 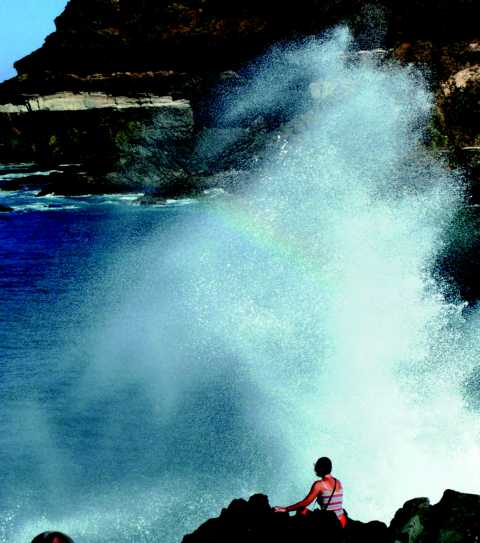 A fine ending of such a walk is to have a refreshing plunge in the cool blue of a remote laguna.

Important notice Close me
Please add Spirit of Fuerteventura to your start screen.  It will work like a WebApp. Search in your browsers menu for something like this:
On PC Chrome: Create shortcut
On Mobile: Add to start